Telling – that’s what comes to mind in an attempt to personify this year’s Super Bowl ads and its infamous halftime performance. Some buddies and I sat down to watch the game, the San Francisco 49ers confronting the Kansas City Chiefs. The entertainment offered in between the main event provided an intriguing and, at times, unsettling snapshot into mainstream culture in the U.S.

The Super Bowl is a cultural cornerstone of our society, the way we think, and the way we act. The NFL has over 20 million more Twitter followers than the official Star Wars page. In 2020, 102 million digital spectators tuned in to see the Super Bowl LIV broadcast. I suppose it’s a big deal.

Keeping in mind the vast viewership the game garners for itself, it should be noted that the commercials and other side-entertainment associated with this annual event have a significant impact. This year’s video ads and the explicit musical show hit a far-reaching outlet and had a far-reaching influence. This phenomenon served as a commentary on pop culture. Like any form of media, the various programs centered around Sunday’s game were attempting to say something. Now they’ve got people talking.

There were a few keen messages which stood out amid all the imagery that was delivered to us in between plays. In these messages, whether subliminal, subtle, or scintillating, we find those things that have become willingly embedded in our culture.

There was a commercial reaffirming pioneering women in the field of aerospace exploration – a timely tidbit in light of NASA’s Artemis program, which intends to return to the Moon and produce the first female lunar visitor. There was a commercial about the nutty reincarnation of Planters’ Mr. Peanut. There was that Little Caesars’ commercial that you liked just because it had Dwight from The Office, and the Hyundai ad with all the big-name celebs.

This brings us to the most prominently reoccurring theme throughout the Super Bowl ads: fan service. Recognition is a driving force behind relatability, and relatability leads to perceived reliability. We have an obsession with celebrity personalities. When we see Chris Evans in a Hyundai commercial, our attention is automatically tied to what is going on. It is a quick way of grabbing one’s attention, and this is telling.

Across the majority of Super Bowl ads, we were faced with celebrities and/or renowned fictitious characters from various franchises that have remained popular. They’re icons, and icons sell. The Walmart ad, which was the company’s first-ever Super Bowl commercial, is a prime example of this. It was a complete smorgasbord of intellectual properties that got fandoms enticed to what all their beloved characters were doing: shopping easy at Walmart.

The Jeep commercial did the same thing. More than that, it used the exact same recipe for success that it had employed for its 2018 Super Bowl Sunday commercial. In 2018, Jeep featured Jeff Goldblum in a commercial which heavily referenced his Jurassic Park role. Jeep’s recent video ad rehashed the same general concept: acquire celebrity; have celebrity use Jeep model; make parody on one of celebrity’s most famous roles. Thus, the 2020 take on this is Bill Murray reliving the events of Groundhog Day – but with a Jeep. It’s a simple albeit unoriginal execution of the cliché marketing tactic.

Why is this an observation worth noting? While I love seeing Bill S. Preston pop out of a telephone box to get groceries from Wally World, I can’t help but tie it to the same culture that has become the reboot-sequel culture. Our entertainment is not growing by leaps and bounds, exploring bold and original stories. Instead, we play it safe. We rework previously-told stories and just put new faces to the characters. 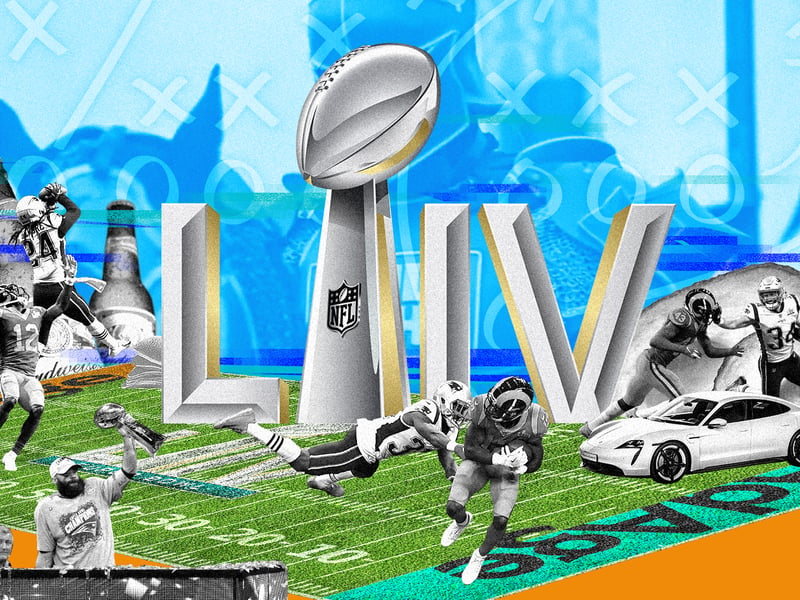 While there might not be anything wrong with serving a gourmet dish to the fandoms of Hollywood, it should be noted that it’s a sign that screen entertainment is floundering. The crafts of cinematography, acting, and visual effects are not failing, but the art of plot development is. It is a warning of the fading of beauty and of authenticity at a high social level.

The biggest problem that many Christians, including myself, found with the Super Bowl screen entertainment was the halftime show. It too, on a far deeper level than any of the commercials, displayed a disconnect with truth and beauty. Both before and after the Super Bowl, petitions were being circulated to address a disgust for the form of recreation during the halftime. And this upset on the part of Christians was warranted.

Shakira came out thrusting her ill-clad body every which way in a lewd dance that was eventually joined by Jennifer Lopez and a host of other performers. Intermittently, I diverted my eyes with a gaze downward at my handheld screen. Looking up, I saw several of my peers likewise removing their eyes from the gaudy glamor of the halftime. And again, back at the TV, my eyes were often met with what turned out to be little more than a grand, serenaded sex show.

Dr. Ted Baehr, the founder of the Christian site for entertainment commentary, Movieguide, has said, “He who controls the media controls the culture.” As concise a statement as it is, it is nonetheless true. In the halftime, there are several types of media being used to get a single message across.

The media at use included television broadcasting, the apparel of the performers, and the bodies of the performers. The TV was the simplest element of this chain, merely projecting the event to millions of screen viewers. Next were the clothes chosen for the performance. Dress, or the lack of it, in this case, has the capability to draw attention and convey meaning. Lastly, comes body language. Our physical disposition and interaction send a signal to others.

As far as the halftime show is concerned, all the media were pointing to one thing: sex. The secular world might define displays like this as endeavors toward empowerment. And, if empowerment is synonymous with objectification – if being used as an instrument is better than being loved, then yes, this display certainly must be empowering. This was the message of the media, and it has the potency to perpetuate a culture focused predominantly on sexual fulfillment for the sake of itself. 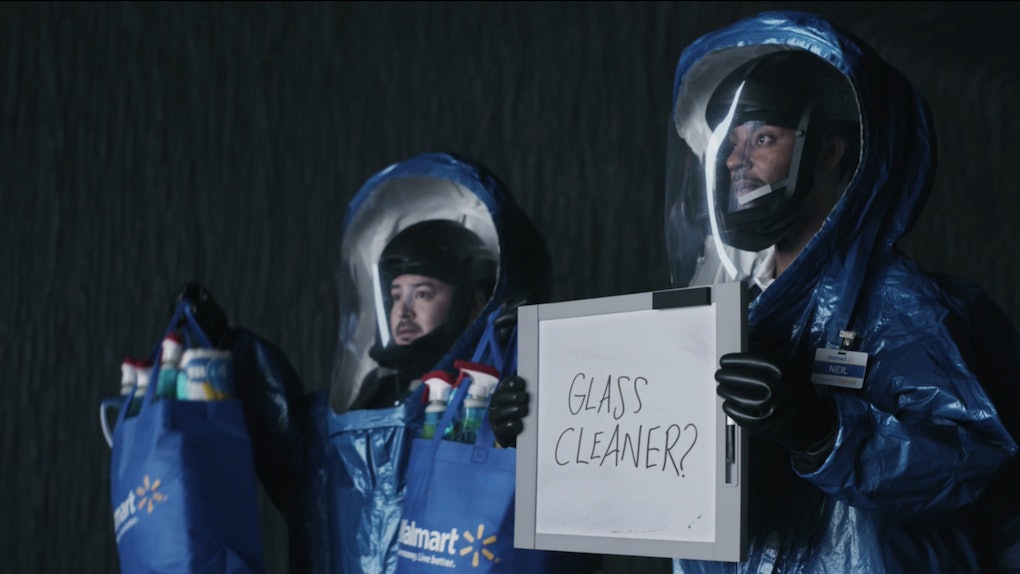 Instead of sending the message that women should strive for personal development or virtue or creativity, they are given examples of becoming sex showpieces. Instead of being prompted to love the opposite sex in both body and spirit, men are being shown that women’s highest function is one of sexual gratification.

In the 2020 Super Bowl halftime show, sex gleams off a pole, off a pedestal erected for its display. Sex becomes one with the pedestal, a blunt object of sensuality without sensibility. No spiritual dimension of the performers’ personhood is acknowledged. They stripped themselves of that dignity when they removed any decent articles of clothing. So much beauty was disfigured here, for beauty is found in the recognition of the whole human person.

That said, this is a rather sad note to be left on – a depressing examination of the lows of the Super Bowl LIV side-arena. However, there was one commercial that, especially for Christians, stood out in a positive way from all the rest. This was the New York Life video “Agape.”

“Agape” was an endearing glimpse into the four loves, as proposed by ancient Greek thought and upheld by Christian belief. They are: storge, philia, eros, and agape. While the commercial denoted nothing directly linked to a theistic ideology, it is amazing to see such a significant cornerstone of faith being lauded by secular industries.

These different forms of love have brought Christians to a deeper knowledge of interpersonal relationships with God and with other people. Of these, agape is the noblest, for it is the giving of oneself for another; this is the way God has loved us. New York Life’s “Agape” should help us remember that we are called ultimately to the way God loves – through selfless acts of sacrifice.

Agape transcends whether we like a person or whether a person’s qualities might benefit us. Agape is a calling to love for the sake of the inherent dignity of the human person. The halftime show certainly offered a message contrary to this love. But this alternate message of selfless love, which also appeared in the Super Bowl LIV program, shows that there is still a light somewhere in society. There are those who still speak the truth and seek the truth. Agape was the greatest message the 2020 Super Bowl LIV could have given us.

A Catholic dude who loves faith, family, and friends. Writer for Hacker Noon, ZME Science, Prehistoric Times Magazine, and Voyage Comics' Excelsior Blog. He has also written for Culture Wars Magazine, Grotto Network, We Got This Covered, Tea with Tolkien, and Midwest Film Journal. View all posts by John Tuttle